After weeks of smoke, we wanted to get away from the bay area for Thanksgiving. We had planned on going to Sequoia National Park and Kings Canyon, however, the Wednesday before Thanksgiving it snowed 8-10 inches. With a forecast of more snow, we decided to head somewhere in California where it was not raining – which brought us towards Joshua Tree and the Mohave Desert (north of Joshua Tree).

In looking at the Ultimate Campground Guide, we discovered a small campground in a beautiful valley just north of Barstow. The campground is called Owl Canyon Campground which is located in the Rainbow Basin.

The view from our campsite was spectacular.

Regardless of the time of night or day: 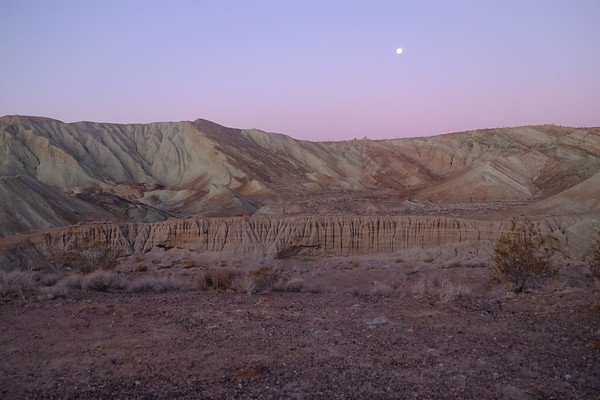 We hiked up through the canyon: 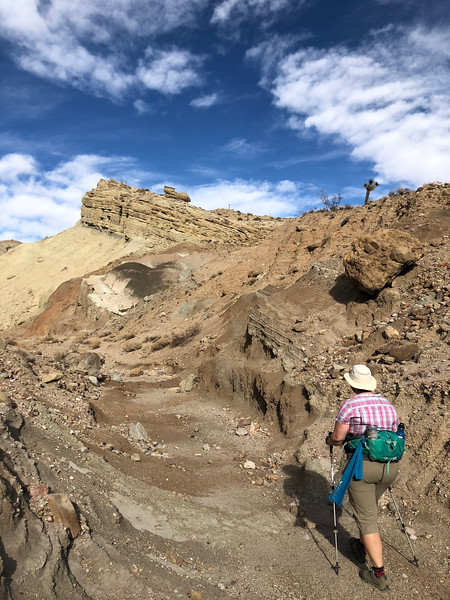 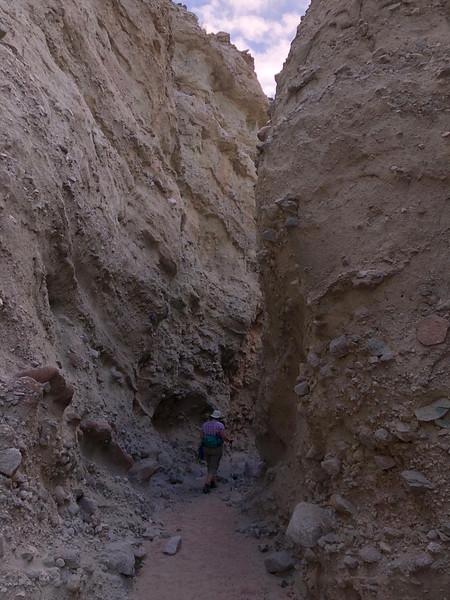 Until the “waterfalls” became higher than we wanted to scramble over:

We then turned around and took a different side trail, climbing up a steep slope of loose scree:

Until we reached the top of the ridge and were rewarded with great views of the valley on the other side:

We took the requisite selfie with a joshua tree. Note that the flaps of our hats are up and Becky clearly has her chinstrap on. It was very windy up there.

At some point I decided it was too windy for my hat (note the campground in the background):

Rather than turn back, we followed the ridge line, overlooking the campground:

We had seen other people up on the ridge earlier in the day so we were pretty sure we could get back by following the trail along the ridge. It did get a little steep at times.

You can see the concentration (that is terror) in Becky’s face, as the wind was blowing and the trail followed a narrow ridge:

Eventually, Becky told Scott to stop taking pictures (note that you can see a tiny van in the background). You can see why they call the colour sand: 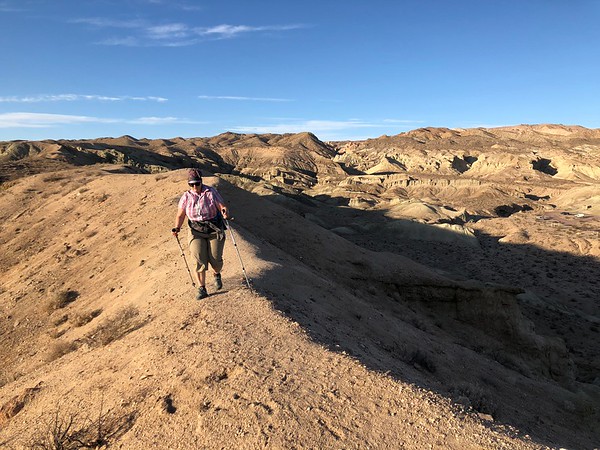 Scott had some fun taking van sunset and sunrise photos: 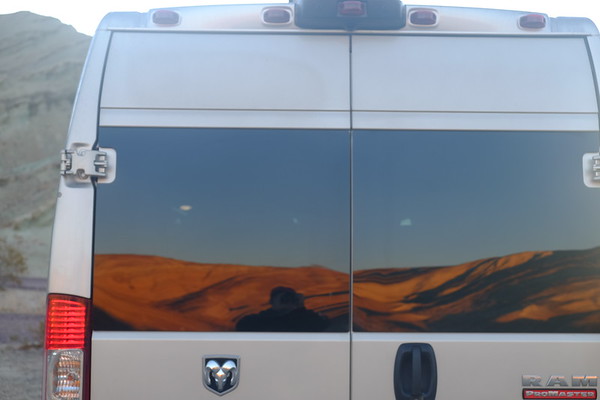 The next day we decided to explore another area – Black Rock Canyon. We somehow missed that the sign warned of areas of “soft sand”.

The road was bumpy at times:

Scott got to demonstrate how the recovery boards worked – we did eventually get out, but Becky stopped recording before the successful final try.

Although the area was pretty, it had a lot of ATV traffic and the campsite was too exposed. We decided to head back to Owl Canyon Campground for a second night. This gave us a chance to watch another sunset and enjoy the view from a different angle. 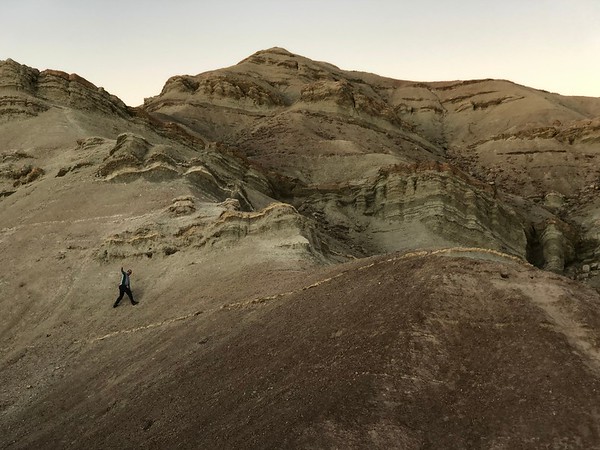 Overall, it was a great few days away – exactly what we needed.