We popped over to Washington State to check out a state park – Cape Disappointment. It being the weekend, we figured we would take a look then go find a place to camp someplace off-grid. As we drove through the park, we decided to pop into the campground and see if by chance there were any spots. As luck would have it, just before we entered someone chose to leave early and their spot opened up. We jumped on it, and found ourselves in a lovely spot right next to the beach. 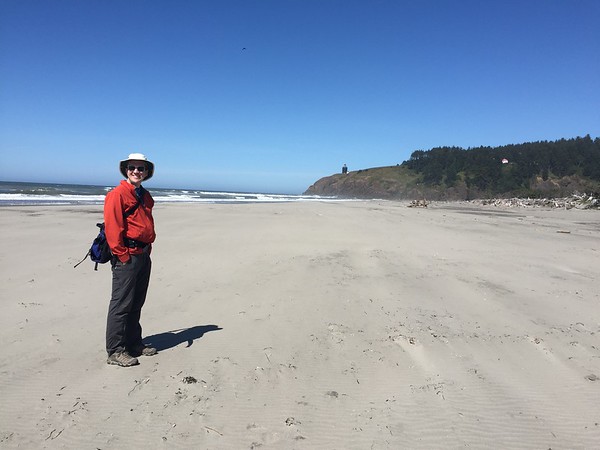 The ground cover behind the campsites was an interesting moss covered sand. 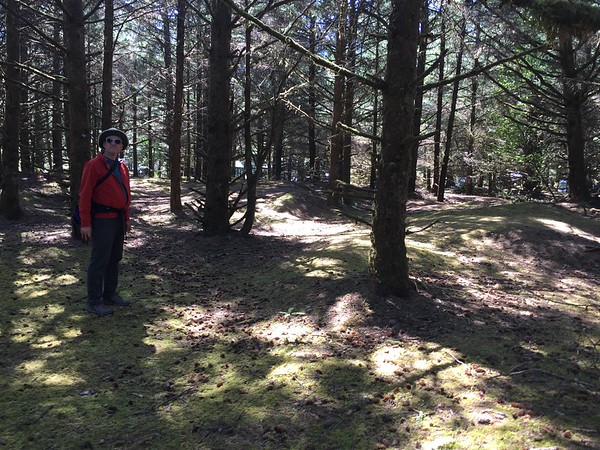 We did the short hike, 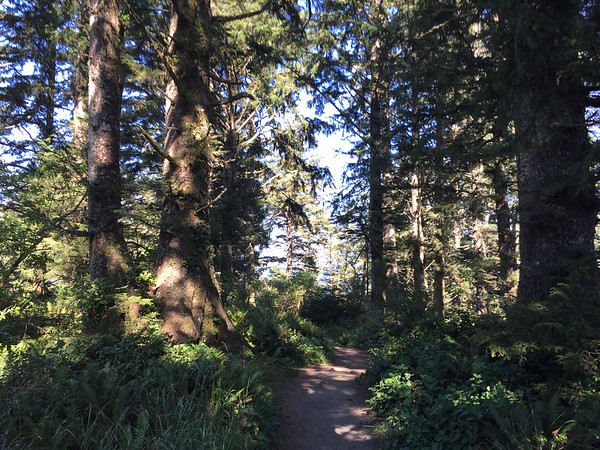 past a small beach,

to a lighthouse, that is still an active Coast Guard maintained lighthouse. 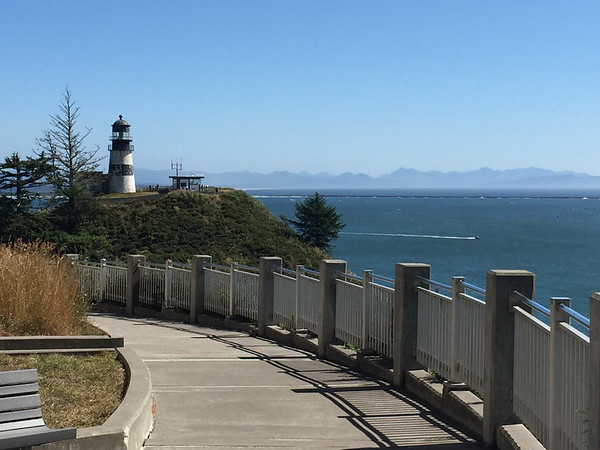 That evening we decided to head over to the beach, which was cool and windy —

to catch the sunset. 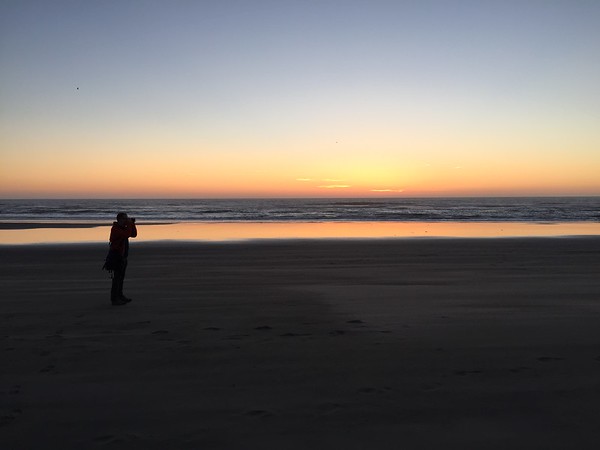 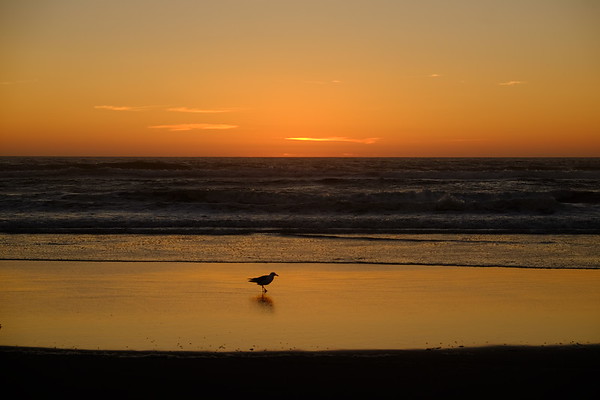 The next day, we went back over the long bridge

to do some laundry and have some gluten-free fish and chips! 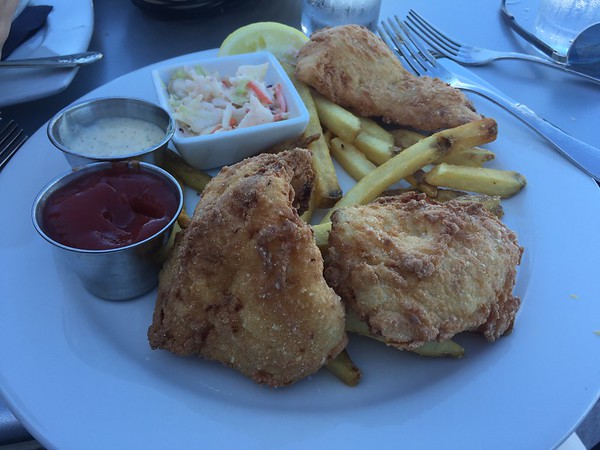 Before leaving Cape Disappointment, we enjoyed the longer hiking trail which felt like a giant tropical garden,

and led to another lighthouse, which was under renovations so we could see inside, 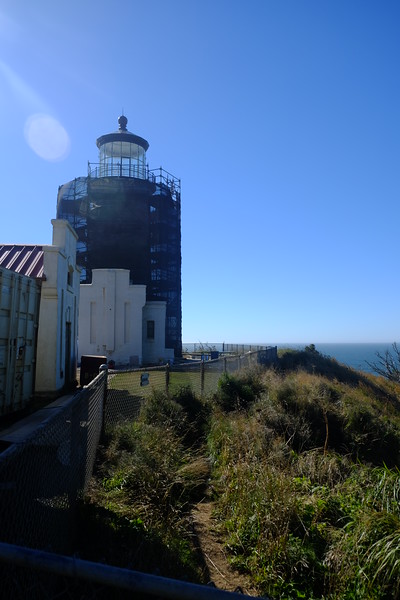 and where it was very windy, 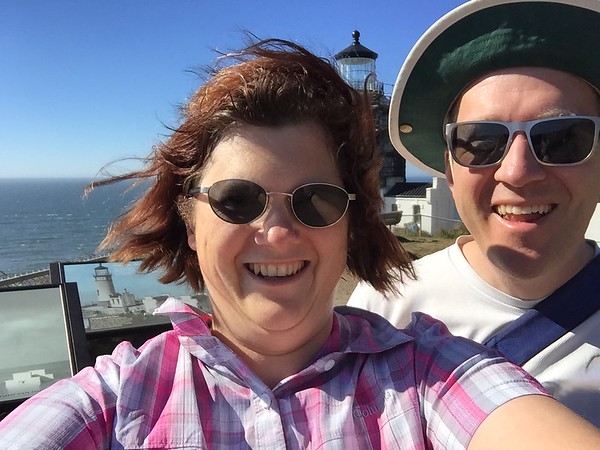 and the view was amazing.

Cape Disappointment did not disappoint, however, with the weekend over we needed to start making our way south towards home. Our next stop ended up being Carl G. Washburne Memorial State Park. Upon arriving, we followed a path through an enchanted forest

to a long beach 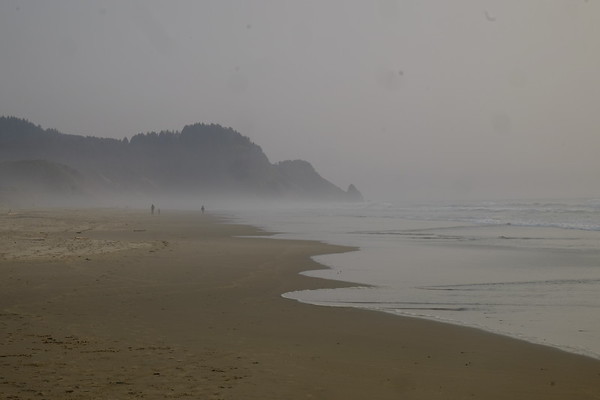 where we walked until we came to the cliff at the end. 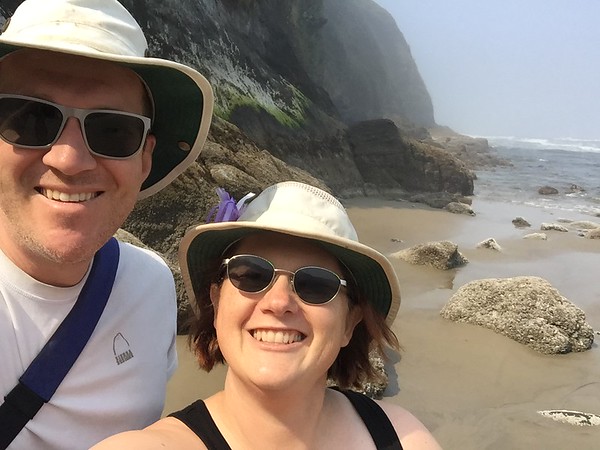 Scott continued up a hiking trail to see the beach from above.

We learned that several people at the campsite were there to escape the smoke in the central valley. It is one of the few campgrounds that does not take reservations, so things were not already completely reserved/full. It is also why we were able to find a campsite.

As evening approached we decided to check out the lighthouse 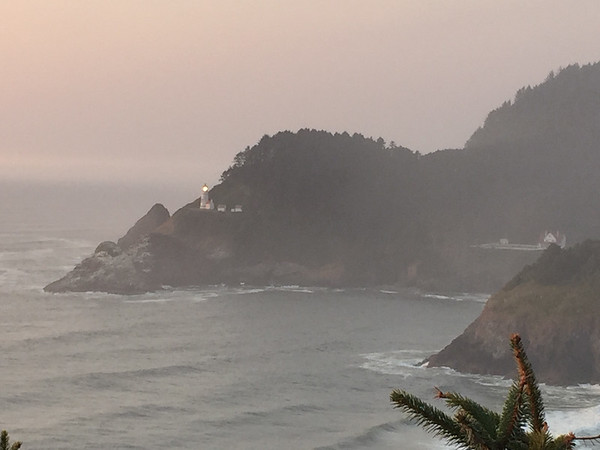 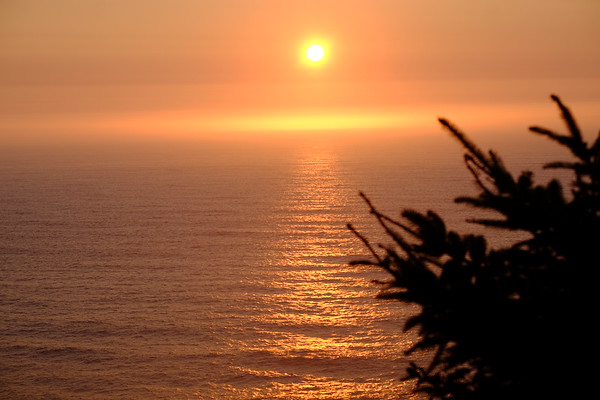 After two nights at Washburne we headed south again, making our way along the Oregon coast to California.